Motorcycle Live will once again dedicate two days of the show to the Isle of Man’s flagship road racing festivals. Sunday 23 November will celebrate heritage event the Classic TT in association with Bennetts, while Sunday 30 November will be devoted to the world’s most famous road race, the Isle of Man TT fuelled by Monster Energy. There will also be special guest appearances from top racers on a daily basis.

21-time Isle of Man TT winner John McGuinness and 11-time winner Michael Dunlop will appear on both TT-themed days, leading a whole host of other stars including Manxman Conor Cummins, fastest man ever around the TT course Bruce Anstey and rising stars James Hillier and Peter Hickman. For a full list of riders click here. TT stars to takeover both Sundays at Motorcycle Live

On Classic TT Day, there’s a very special sensory treat in store for show visitors as some of the events most exotic machines are fired up live on the Blackhorse Stage in the British Eurosport Entertainment Zone. There will be four slots in total, each showcasing a different bike, including the race-winning and lap-record setting Padgetts YZR500 Yamaha, started by Clive Padgett and its rider Bruce Anstey. The Black Eagle Racing team will also make an appearance to start the ear-splitting 350 MV Agusta, which Lee Johnston rode to victory at this year’s event.

On Mad Sunday, the Isle of Man TT riders will be signing autographs and meeting fans on the TT stand, as well as taking part in Q&As with TT commentator James Whitham and a special TT-themed edition of Fast Bikes Question of Bikes on the Blackhorse Stage. New for 2014, the Isle of Man team will be bringing the excitement and passion of the TT Races to the heart of the show by recreating the start line on Glencrutchery Road. You can line up alongside John McGuinness and his bike as he prepares to fire down Bray Hill.

Motorcycle Live takes place at The NEC, Birmingham from 22-30 November 2014. Advance tickets are just £17 per adult, £11 for Seniors and £7 for children aged 11-16* (kids ten and under accompanied by a paying adult go free). There is also a £20 advance ticket, which includes entry to the show and a three-pack of Oxford Comfy neck warmers worth £15. 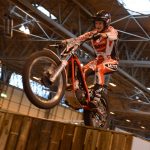 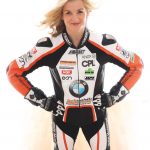 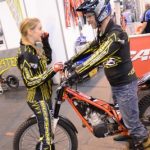 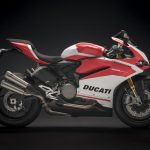